The Cannabaceae family has one of the greatest phytochemical and clinical potential from Plantae Kingdom. It has been cultivated for centuries. The first signs of hemp use are dating back from 8000 BC. Plant was cultivated in Japan, Korea and China. For centuries plant species from Cannabis family have spread throughout the world.

According to the latest taxonomy, the Cannabaceae family includes nearly 170 species. For centuries Cannabis indica has been the most widely used because of its psychoactive compounds – tetrahydrocannabinol isomers. This is the same reason why access to this plant has been restricted or completely forbidden in many countries. Cannabis species poor in THC approved for industrial use but the limits of THC concentration in dry plant have been set in European Union (0,2%) and US (0,3%).

Cannabis sativa, a THC poor species, has various potential applications for pharmaceutical, cosmetic and dietary supplements industry because of high content of legal cannabinoid – cannabidiol CBD. The point is that legal herbs with THC content below the limit can give extract, paste, tincture, distillate with upper THC concentrations which makes these raw materials illegal.

Our team decided to take advantage of many years of scientific experience and developed a technology for the selective removal of THC while maintaining other components such as other cannabinoids or terpenes. The concentration of THC in our raw materials after our purification process drops to levels below 0.005%. Our THC FREE raw material allows our customers to use it with no worries about THC detection in their final product.

This is why Hemp Wizards was founded… 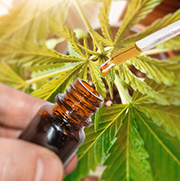 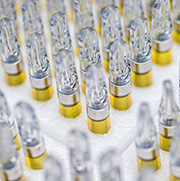 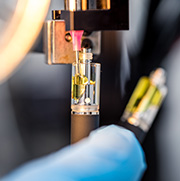